NEW CLARK CITY – Arnis has surpassed dancesport as the most productive for Team Philippines in the 30th Southeast Asian Games on Monday.
The Filipino arnisadors delivered seven more golds including a sweep of the women’s events during the second day of competition at the Angeles University Foundation.
Charming Jedah Mae Soriano was at the forefront of the four-gold romp in the distaff side, winning the featherweight padded stick. Duplicating her feat were teammates Sheena Del Monte (bantamweight), Abegail Abad (welterweight), and Ross Ashley Monville (lightweight).
Counting the three won in the men’s class also on Monday, arnis now has a total of 12 gold medal haul to exceed the 10 won by dancesport a day before.
The 12 golds has also matched the projection made by the Philippine Eskrima Kali Arnis Federation headed by Senator Juan Miguel Zubiri. 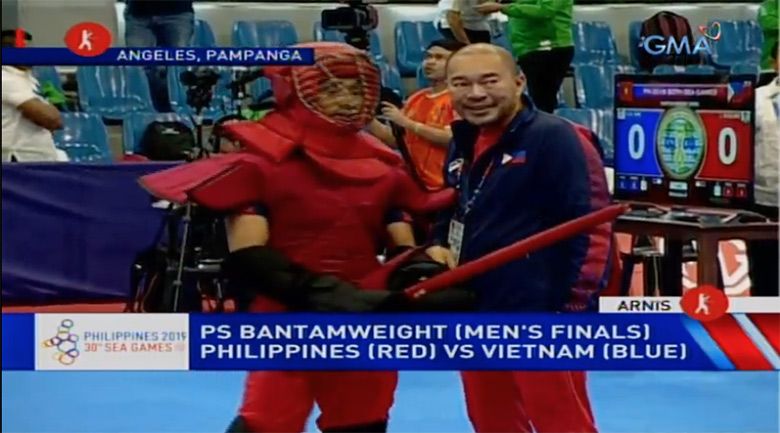 But mind you, the country’s national sport is yet through with its job.
Four more golds in men and women’s anyo (form) are at stake in the final day of the event on Tuesday.
Elmer Manlapaz led the men’s team by topping the featherweight class padded stick, together with Jesfer Huquire at bantamweight, and Carloyd Tejada at welterweight.
Billy Joel Valenzuela almost completed another sweep by the men’s side for the second straight day, but fell short and settled for a silver in the lightweight padded stick.

Hanging around — in the sky | | wataugademocrat.com – Watauga Democrat