Something interesting is happening at NetherRealm Studios. We don’t know what it is, but something is definitely going on. This studio is behind the incredible fighting games in the Injustice and Mortal Kombat series, and it’s been a couple of years since their last release.
It’s been even longer that fans have been asking for another Injustice game, so this tease from NR Studio might sate their appetite. Jonathan Andersen from NetherRealm posted an image and then deleted it, likely as part of the tease. It has images of classic Mortal Kombat arcades and concept art from Injustice 2. 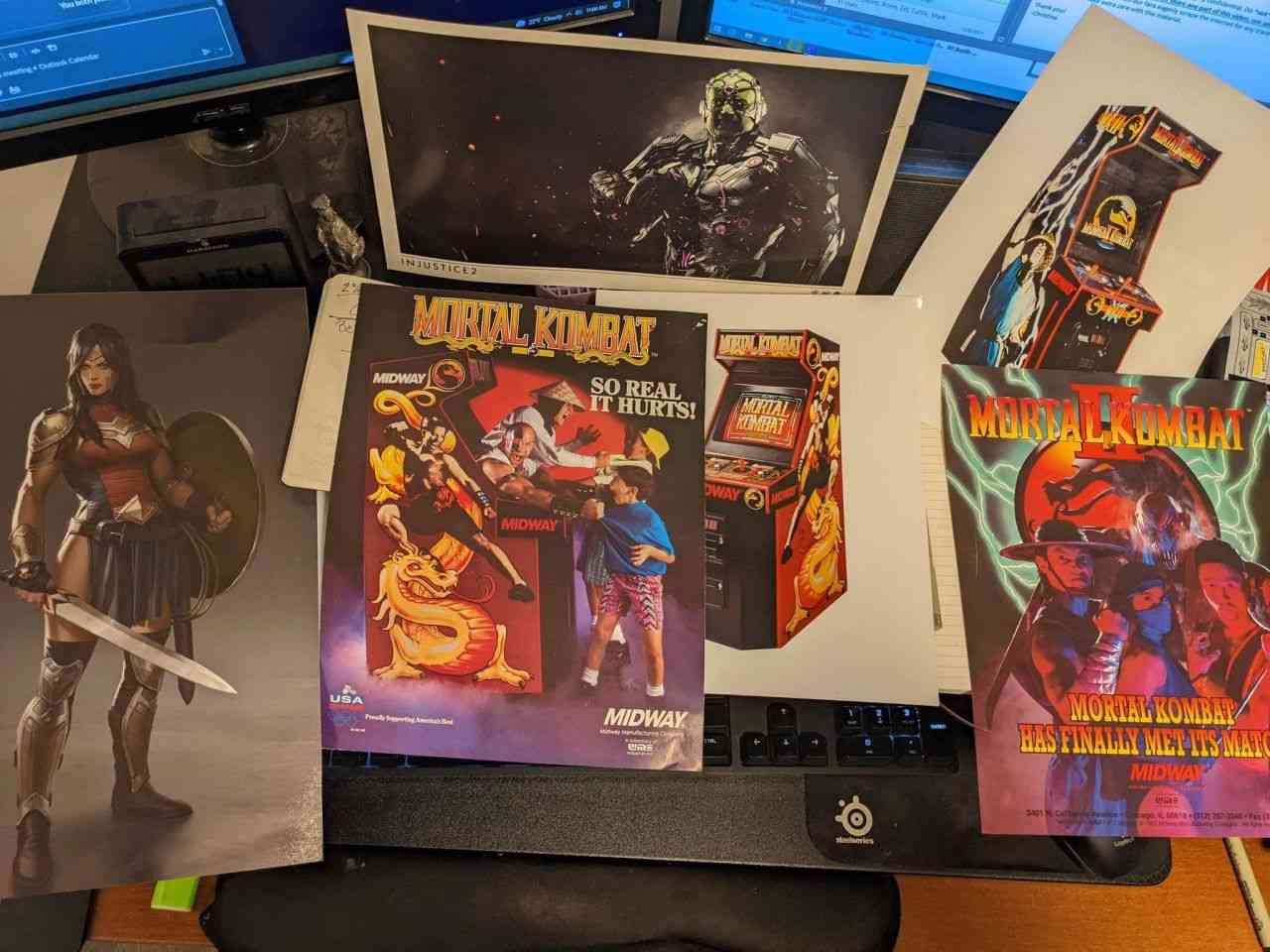 We see Wonder Woman in an outfit similar to her Injustice 2 costume, as well as Brainiac. There are also pictures of Mortal Kombat arcade cabinets and poster advertisements. They are scattered at someone’s desk. Not only that, but part of their monitor is visible with a message containing the phrases, “Do not“, “share any part of this video nor any“, “our fans eagerly scrape the internet for any trace“, and “take extra care of this material.”
What does this tease mean? Well, it could be as broad as NetherRealm is actively developing a game. It could mean that another Injustice game is on the way, or maybe a follow-up to 2008’s Mortal Kombat vs DC Universe. Whatever the case, let’s hope that we hear something more concrete in the coming months.
There have been voices that suggest Mortal Kombat 12 would be the next game out of NetherRealm Studios, but until they actually tell us, we just have to speculate.
What do you think NetherRealm Studios is working on? Let us know in the comments below.
SOURCE